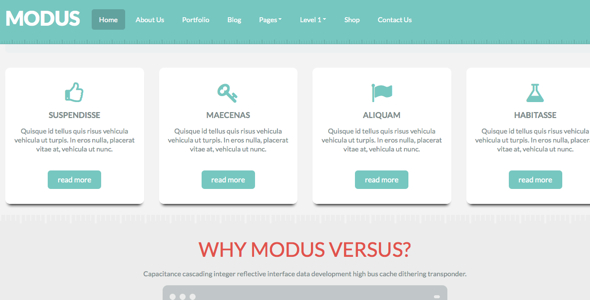 Today we are announcing the new service of Ultimatum. We have been asked about some sample themes by our members since the beginning of Ultimatum and today we are giving you the themes project. themes project is kind of a theme club where we will publish at least one theme per month during 2014.


Our first theme which was planned for January but due to some circumstances released today is Modus. We hope you will enjoy Modus. Our second theme can also be watched in our themes site during its development. It will be available before the end of February.

Modus is designed by Dimitar Tsankov and we have done small alterations to his amazing work ann released as a child theme for Ultimatum.

You can see Modus in action at http://themes.ultimatumtheme.com

I have tried almost all of the so called «Best» frameworks in the market and always end up coming back to Ultimatum. So do not waste your time, invest in Ultimatum and start enjoying the truly Best Framework available with the Best Plugins. Ultimatum and Intense Plugin has helped me to do things I have never dreamed I could do.